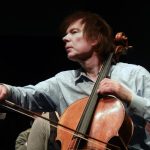 Four leading musicians – all international ambassadors for British music – have been appointed patrons of the John Ireland Charitable Trust with immediate effect: pianist, Mark Bebbington, cellist, conductor and principal of the Royal Birmingham Conservatoire, Julian Lloyd Webber, baritone and composer, Roderick Williams OBE, and conductor John Wilson, all stalwart interpreters of Ireland’s music and committed to bringing his works to the wider consciousness through their recording and performances.

“Searing, intense romanticism within a framework of uniquely English restraint…”
Of Ireland’s orchestral music, John Wilson has said, “It was Alan Rowlands, my piano teacher at the Royal College of Music, who introduced me to the music of John Ireland. Within the first few seconds of hearing ‘The Forgotten Rite’ I knew that this music was for me – I found the combination of searing, intense romanticism within a framework of uniquely English restraint intensely alluring. I also immediately appreciated the intellectual rigour of Ireland’s music; from the simplest piano piece to the larger scale orchestral and choral works, every last note serves a purpose. When Ireland was asked if he felt he was a ‘great composer’, he replied “no, but I think I’m a significant one.” His significance and stature as a unique voice at the heart of the English musical renaissance grows with each passing decade.”

“…an unparalleled achievement in British pianism.”
Ireland’s enduring compositions for solo piano, including Sarnia and London Pieces, and the emotionally-charged Sonata for Cello and Piano have been enjoying particular popularity with artists and audiences alike. Major orchestral performances of the intensely personal Piano Concerto – once a regular at the BBC Proms – have also been taking place internationally, given by some of the composer’s current champions, including the British specialist, Mark Bebbington, who has recorded the concerto as well as the complete solo piano works for the SOMM label.

“The piano works of John Ireland represent the most significant body of piano music by any twentieth-century British composer”, explained Mark. “The richness of the writing, combined with its lyricism and brooding melancholy lend the music an intensity quite unique in British music.”

“Ireland wrote for the piano throughout his life and from the outset, his natural kinship with the instrument is self-evident; whether drawing the last measure of tonal splendour from a masterpiece such as ‘Sarnia’, or evoking his beloved West Sussex countryside in his miniature ‘Amberley Wild Brooks’, Ireland’s keyboard works are an unparalleled achievement in British pianism.”

“…gift for melody…”
Widely regarded as one of the finest musicians of his generation and following on from his performing career, Julian Lloyd Webber is now the Principal of the Royal Birmingham Conservatoire.

“I discovered Ireland’s gift for melody when playing all the cello music composed by him during my student days at the Royal College of Music”, said Julian, “later arranging some of the composer’s delightful part songs for two cellos and piano, and recording them for Naxos with my wife, the cellist Jiaxin Cheng, and pianist John Lenehan. One of my most memorable musical memories is of playing John Ireland’s wonderful Cello Sonata in a converted railway shed in Curitiba, Brazil! A thunderstorm struck in the middle of the performance and the music felt visceral, alive.”

“Ireland’s music has been an integral part of my life…”
Ireland wrote over 90 songs, of which ‘Sea Fever’, to words by John Masefield, is the best known. Housman, Hardy, and Rossetti are amongst the diverse selection of English poets he chose set, with their timeless themes of love, loss and regret, and perhaps to express the conflicting personality traits lying under the composer’s quiet exterior; sometimes jovial and carefree, on other occasions, cantankerous and unattractive.

Ireland’s songs continue to find favour with singers of all ages and regularly feature in British song recitals in festivals and recitals around the world. Internationally renowned British baritone soloist, Roderick Williams, has recently transcribed ‘Sea Fever’ for piano solo; he said, “Ireland’s music has been an integral part of my life, from my choirboy days when I first encountered his anthem, ‘Greater Love Hath No Man’, to my career as a singer. ‘Sea Fever’ featured in my first ever professional song recital and I continue to programme his songs to this very day. I’m happy to think my patronage of the Trust will bring me in to contact with many more friends of John Ireland’s music.”